Provide tangible actions and activities for climate and water

Coalition Members join forces on concrete activities to implement solutions that address the gaps of operational water and climate challenges with a special focus on data, information, monitoring systems and operational capacity.

The objective is that members can engage and align with other members on equal footing to generate momentum through implementing concrete activities at national, regional and global scale. The Water and Climate Coalition is open for a wide range of members from scientific organizations, private sector, NGOs, UN Organizations, countries and the civil society. The coalition is a non-bureaucratic community of like-minded members 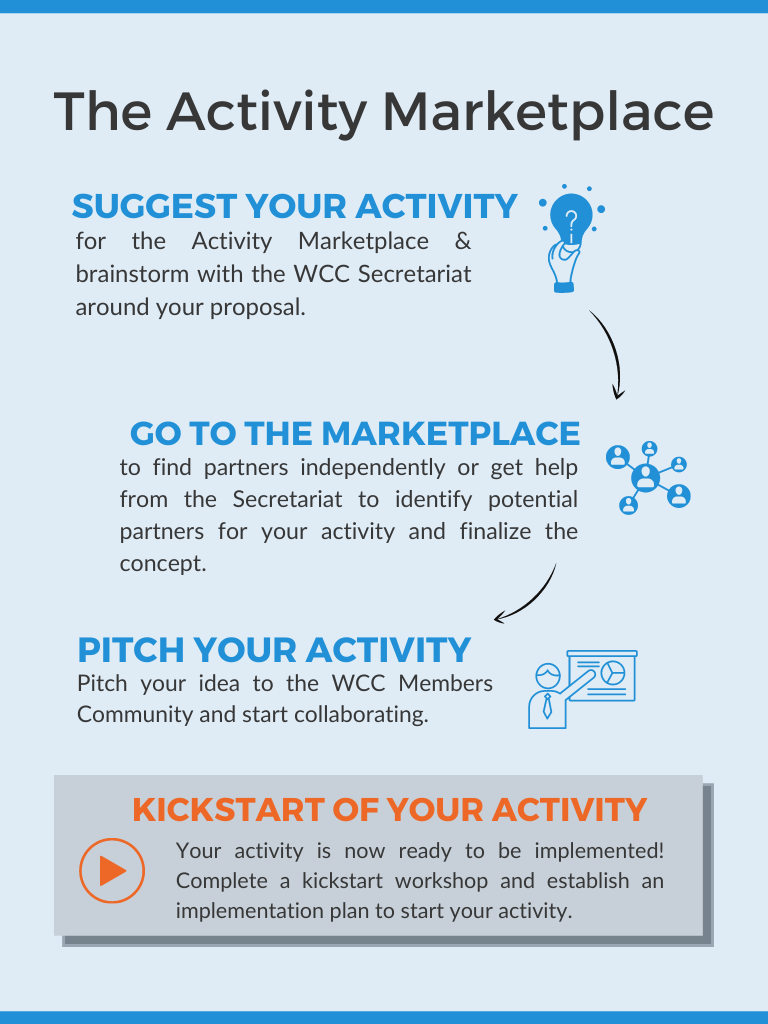 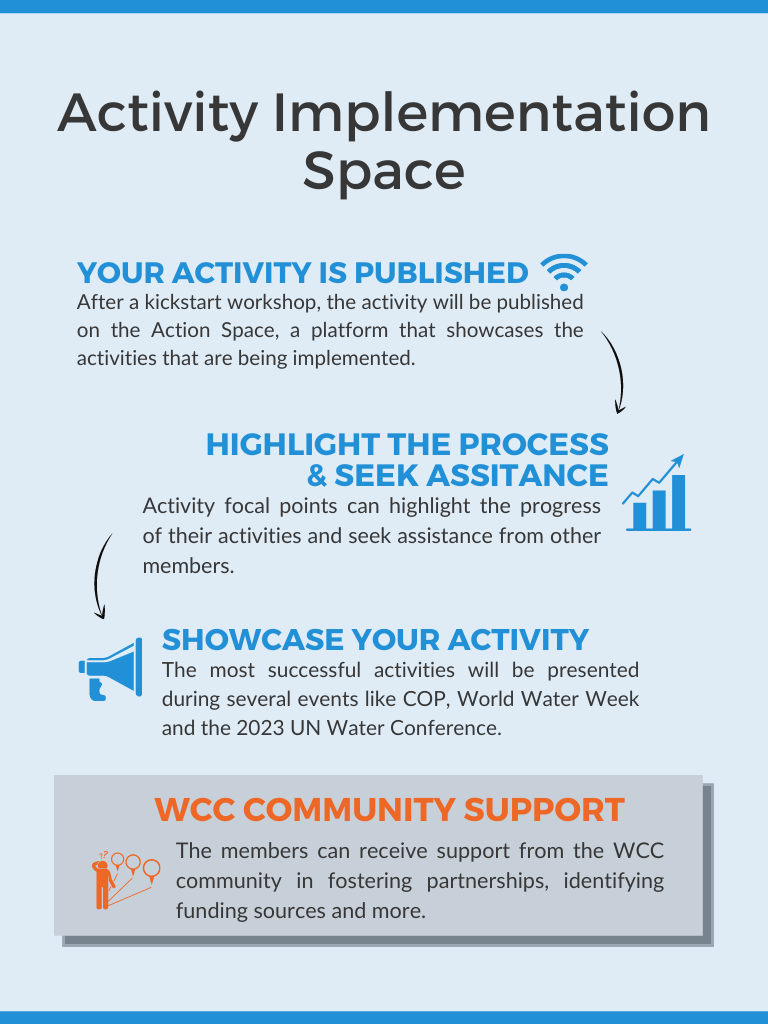 The Member Concept of the Water and Climate Coalition

The idea of the Water and Climate Coalition is based on the principles of equality between all members and a lean structure to accelerate the achievement of the SDG 6 goals.

The Water and Climate Coalition was founded by around a dozen of Members, mainly from UN organizations. On the short-term, the group of Founding Members will meet regularly to kick-start the coalition.

In the meantime, numerous stakeholders have expressed their intention to join the coalition. The idea is that the Members become active within the Coalition by suggesting activities, partnering with other Members and implementing the joined activities. An outreach and communication strategy will be developed to attract new members and through webinars and information sessions the Activity Concept will be regularly presented to new Members.

As soon as possible, the group of founding Members will be replaced by the Catalyser Group that is supposed to have a subset of founding members and a representative number of Members from NGOs, private sector, research, Member States, UN organizations and civil society. 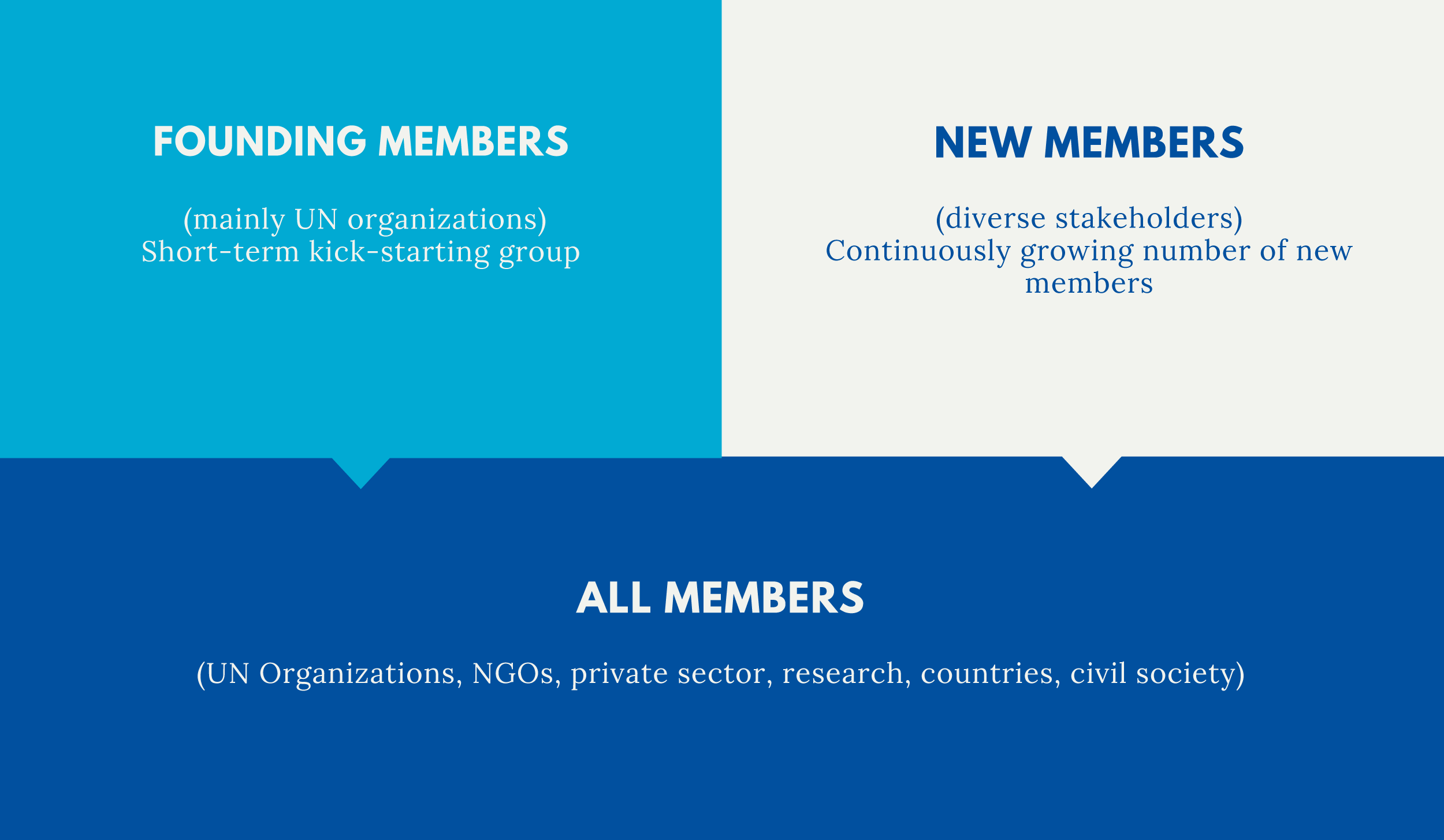 Current Members of the Coalition